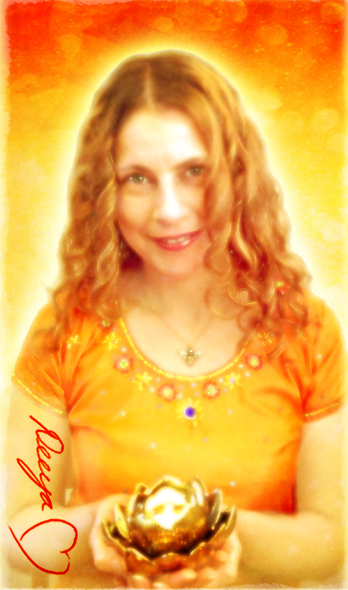 Nineteen years ago my beloved Father fell asleep and I never saw his body move again. I was totally shocked, stunned. It had never occurred to me that such a thing was possible, that someone, anyone, could be ‘dead’. On learning of his ‘death’, I felt I had been told the biggest lie ever told to anyone since my Father had always promised me that he would never leave me.

As I entered the room as a horrified, vulnerable little girl and glanced toward the direction of my Father’s chair, my entire life force suddenly and completely drained from me. I collapsed to the floor, rendered utterly helpless at the Feet of this ‘God’ who had the Power to give and take our very breath.

Then, as if a switch had been flicked, came The Light.

This was no ordinary Light. This Light was indescribable in its brightness and intensity. It was like the Light of a thousand Suns yet was cool. It interpenetrated everything, including my own body. There ascended and descended a Peace that totally negated the intense grief and bewilderment I felt.

Somehow, it occurred to me to communicate with the Light and so I offered it the thought… “if you are my Father, show me a sign.” 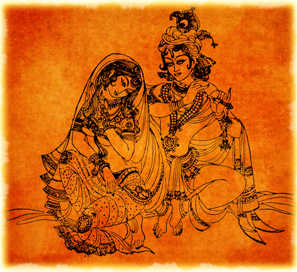 In response, this Light disappeared then reappeared upon each request. It repeated this response to my call 4 times that evening. This phenomena was witnessed by all my family throughout the house, no matter where they were. My conclusion was that the Light was related to my Father in some mysterious way but my question arose and my quest began (with the fourth disappearance of the Light.) I sought to discover where my Father had gone and what this Light was.

Three years later, whilst traveling, I met an aged and very devout ascetic man named Jai. He was entirely emaciated from a virulent form of cancer, probably weighing much less than 100lbs.

“From the very first moment we met, we were mysteriously captivated by each other. One’s eyes would fill with tears of joy just to catch sight of the other.”

From that first meeting onwards, he said I was his healer and referred to me as his daughter. He called me ‘Deeya’, and would gaze deeply into my eyes each time I tended to his care. He said to never allow anyone to call me anything other than Deeya and pointed me toward pondering who Deeya was by prompting me with the question “who are you really?” 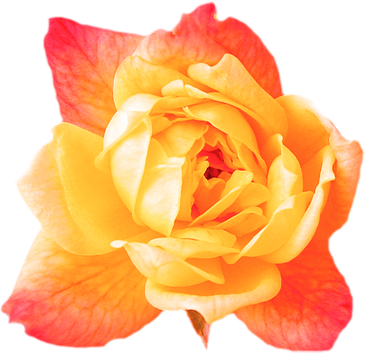 We sat together in his room every day. With the exception of his Altar to The Divine kept by his bed, he clearly was not one who cared for material possessions.

Despite the immense pain he must have been experiencing, he refused to take the prescribed morphine, and never complained or wavered. Instead, though covered by open sores, he continually radiated love and devoted each and every moment to his communion, worship and adoration of The Divine.

I felt blessed beyond description to sit in his room, in this atmosphere. He taught me the way IN by showing me what his Guru had shown him, by resonating his presence with mine.

“In me I felt his wholehearted love. I was rendered transfixed, entranced, ecstatic, helpless and surrendered.”

In the days prior to taking his last breath, he beseeched me for absolution as he re-lived his earthly days, confessing the regrets, worries and concerns he had about his life. The moments, experiences and weeks we shared alone in each other’s company were special, magical, and entirely beyond words.

All the while engaged in his palpable power, I pondered my Father, the Light, what it was and where he had gone. I contemplated who I really was, who it was who had seen the Light, who we all are and what was the true nature of existence, life and death.

Somehow, enduring what must have been immeasurable pain, my beloved guide, without so much as a whimper, managed to walk around the Sacred Lake with me – one last time. He shared his wish for his ashes to be scattered there – and together we climbed to the highest vantage point to view the Divine statue he loved so dearly. Incense hung heavily in the air. And as tender tears filled his wise, kind eyes, I felt immeasurable reconciliation in him. Peace. The atmosphere was one of reverent prayer.

During the precious time we communed, there were occasions where I felt this man as my own Self and where I saw the movement of an all too familiar yet mysterious Light as his family busied themselves preparing. Collecting Holy water and fine flowers with which they would soon bathe and adorn their loved one’s body prior to cremation.

“That night, he appeared at the foot of my bed. With outstretched arms he held a sphere of brilliant Light.”

Beyond thought, he asked me to take this, his Light. As I reached out to meet with his final request, he vanished from form. Yet He has never vanished from the Light of my awareness, from my Heart.

For the following 6 years, in the footsteps of His example, guided by His essence, I devoted myself wholeheartedly to the adoration of The Divine.

I gave myself to serving in a hospice, loving each patient in the same way as I loved Jai, my spiritual Father. As I cared for the dying, I was entranced, transfixed by the bhakti way. Every step was given to Him. The hours were long and the work arduous yet beautiful beyond belief.

“My Heart would be broken almost daily yet each breaking gave way to further expansion and bloom.” 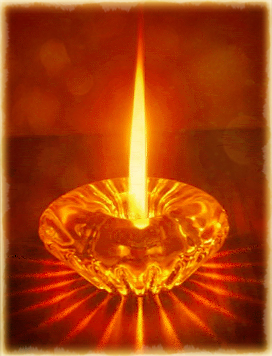 Then, in around 2009, in an explosive episode that might only be described as God Intoxication, I finally apprehended the Source of the Light and the true meaning of the name He had given me, Deeya; “The Holder of The Light.”

I knew my Father, I knew the old ascetic. I knew the Self, the Spirit of all, of Life.

And that is what I offer to you, what I bring to you, through ‘Kindle My Heart’s Flame’…

..the Divine Fire, the Light of Love. Healing.

As you breathe with me in Devotion each Friday during our gatherings, know that the breath you breathe, the breath that we all share, is the Sacred Breath of God. And that what YOU really are is beyond even that.

Ponder just how Sacred your next breath truly is.

“Whatever our souls are made of, his and mine are the same” ~ Emily Brontë